About Us » Meet Our Staff 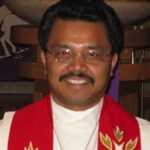 Pastor Bimen is involved in various ministry settings within the ELC A and ecumenical partners.  Currently, he is serving as the Dean for the South Central Conference, and the chair for the Global Companion between I-K Synod and the Batak Church.  Additionally, he is the acting chair for the Indonesians Caucus of the Association of Asians and Pacific Islanders of the Evangelical Lutheran Church of America (AAPI-ELCA).  Pastor Bimen is also serving as an executive member of the Kentucky Council of Churches (KCC).   Another position he has held is Spiritual Director for Via De Cristo retreats.

He graduated from the Batak Theological Seminary (STT-HKB) in Indonesia in 1995 with Sarjana Theology (equal to Masters of Divinity/Theology).  He earned his Doctorate in Ministry from Luther Seminary in Minnesota, focusing on Cross-Cultural Theology and Ministry in 2001.   Pastor Bimen is married to Berliana Tambunan and they have three children: Hannah, Samuel and Petra.  In his free time he loves to garden, custom build ink pens, work on many carpentry projects and play music with his children. 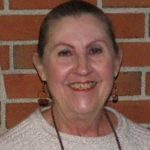 A lifelong resident of Louisville, Ann Colbert Wade graduated from Georgetown College with a Bachelor of Arts in organ.  She also holds a Master of Music degree in organ from Indiana University as a student of Clyde Holloway.  She also completed most of the requirements for a music doctorate at IU.

After having won the Chapter and Regional Competitions of the American Guild of Organists (AGO), Ann competed in the National Organ Playing Competition in 1968.  She also was a winner of the Gruenstein Competition of the Chicago Club of Women Organists, and has played recitals and accompanied oratorio performances throughout the Midwest.

Ann has served as Director of Music at Christ Lutheran Church since 1976.  She has also been the assistant or, in two years the only organist, at all performances of the Boar’s Head and Yule Log Festival at St. Paul United Methodist Church since the festival began 39 years ago.   Active in the American Guild of Organists, she has served as Kentucky District Convener and as Dean of the Louisville Chapter, and for many years was the editor of the Louisville Chapter Newsletter.  She also serves as treasurer of the Zeta Iota Alumnae Chapter of Delta Omicron, a professional music fraternity.

Married to Robert H. Wade, Ann lives on a farm in Shelby County and, until recently, bred Belgian Draft horses in addition to her musical activities. 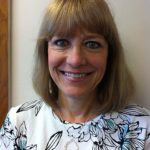